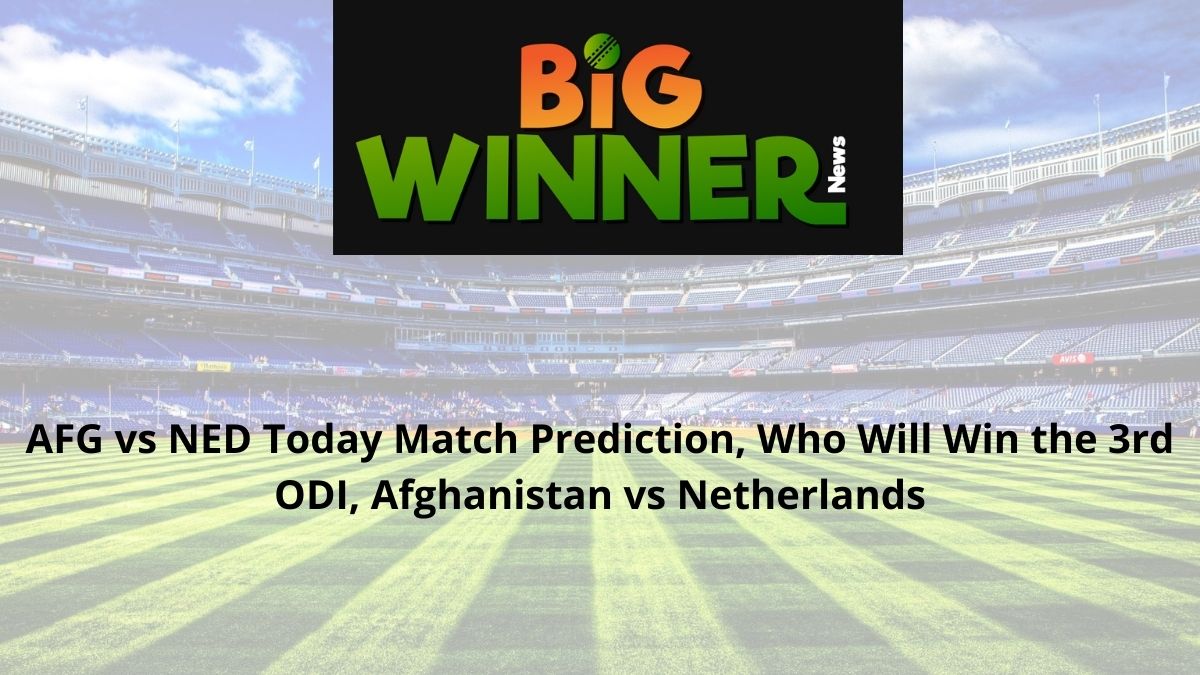 Our Experts bring you the finest today’s match prediction that you can trust. We are here for AFG vs NED Today Today Match Prediction, 3rd ODI, Afghanistan vs Netherlands, Online Cricket Betting Tips, which will provide every user with a clear picture of which team and in what aspect they can place their bets.

Afghanistan has won the series, Afghanistan’s bowling has continued its top-notch form, Mujeeb Ur Rahman and Rashid Khan are continuing to impress everyone with their bowling.

Netherlands have already lost the series but will look to end the tournament on a high. They lost to Afghanistan in the last match by 45 runs. Netherlands will look to put on a strong performance and a win here will definitely give them something to cheer for back home in the Netherlands.

The temperature is expected to hover around 14-24°C on the match-day with 50% humidity and 43 km/hr wind speed. There are 0% chances of precipitation during the game.

The pitch at West End Park International Cricket Stadium has a track record for being good for spinners. The batters will have to work hard if they want to put a big score on the board.

Afghanistan is expected to win the match against the Netherlands.

Afghanistan is a well-balanced side and they have performed brilliantly so far in this series, they have won both of their previous game and will be hoping to make it 3-0. On the other hand, Netherlands have already lost the series but will look to put on a strong performance and a win here will definitely give them something to cheer for back home in the Netherlands. Afghanistan are the clear favorites to win this match

Scott Edwards is a tremendous batter, he has performed brilliantly in the previous game and scored 86 runs, he has become a vital member of the team and he is expected to click a fine knock in the next game against Afghanistan

Rahmatullah Gurbaz is the top batting option from the Afghanistan side, he is in excellent form at the moment having scored 127 runs so far in this series at an average of 63.40. He is an explosive batsman and he has the ability to score big anytime. He can give you good returns from this match and is our pick for the best batsman from Afghanistan.

Fred Klaassen is a tremendous bowler and he has been impressive in the series so far, he is the highest wicket-taker of the team in this series with 4 wickets and he is expected to play a crucial role in the final ODI series against Afghanistan. Fred Klaassen will be an impactful player in the upcoming match.

Mujeeb UR Rahman has been brilliant with the ball for Afghanistan in this series, he has picked up 6 wickets, he is also the top wicket taker in this series and is a safe player to bet on in the upcoming match.